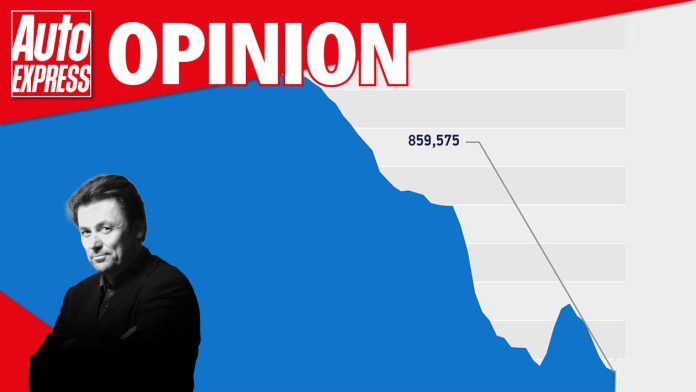 Right now, life is sweet for two of Britain’s greatest assets – Bentley and Gordon Murray Automotive (GMA). It could even be argued that, despite the ongoing problems in our pandemic-ravaged world, these two have never had it so good.

Last Wednesday, I witnessed the British and German Bentley boys and girls in buoyant mood as they spoke with genuine enthusiasm about their existing or imminent hybrid and pure-electric products, the record year they’ve just enjoyed, ambitious UK production plans, massive (and non-subsidised) financial investment on English soil, plus tons more upbeat stuff. Know that sensation when you can’t help but feel proud to be British? That’s what I got from Bentley a few days ago.

And the following day I witnessed more feel-good ambition, inspiration and positivity – thanks to the dare-to-be-different GMA and its newly unveiled T.33 hypercar. Like Bentley, Professor Gordon Murray’s world-class firm is Brit-born, bred and based – and still building cars in Blighty. What’s not to like?

But while this pair of unconnected, true-Brit companies are doing very nicely in their respective factories up north in Crewe and in the deep south at Windlesham and Dunsfold, there are too many struggling car plants in other parts of the UK. Plummeting production figures are their problem, and the Society of Motor Manufacturers and Traders (SMMT) has recently not been shy to highlight the fact that 2021 was the most dismal year for UK car building since 1956. The group blamed Covid, lockdowns, microchip shortages and staffing issues (but, interestingly, not Brexit) for this massive cut in the number of cars built wearing fast-disappearing ‘Made in England’ stickers or plaques.

For me, 1956 vs 2021 comparisons are rather irrelevant. Excuse the understatement, but the industrial scene in Britain and the remainder of the car-manufacturing world has changed just a bit in the last 65 years! More relevant, and worrying, is how many UK factories here have consistently cut their car-production levels over the past five years – most of which were Covid, pandemic, chip and staff shortage, and lockdown-free.

So, that’s a plummet of precisely 50 per cent in precisely five years. Hmmm!

Honestly, if we’re blaming only Covid and chip-related issues for this suspicious slump, we’re truly kidding ourselves. There are several other major, disruptive and damaging factors at play here. I hope I’m wrong, but because the production volumes have been neatly but brutally cut in half  over just 60 months, it’s almost as if mass car production in the UK has been sabotaged since 2016. But how? By whom? And why?

Check out the latest figures on new car sales here…

Aiways U5 electric SUV to launch in UK next year