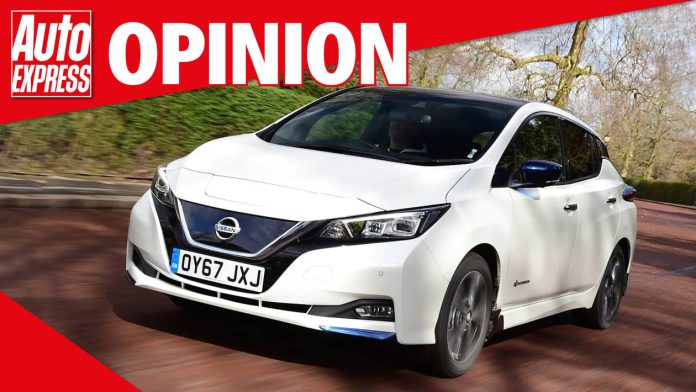 Over a decade ago, when I began developing what became the world’s first mass-market electric car, the Nissan Leaf, it was considered an oddity. EVs back then were treated with scepticism and intrigue in equal measure. Why? Largely because the understanding of what they were, how they were made and how they benefit motorists (and the planet) was non-existent. In fact, one rival auto exec said I was crazy for pioneering an electric vehicle and I may as well have taken the cash invested in it and chucked it into the Pacific. Thankfully, I didn’t take his advice.

Today, we are a better-informed audience. But by how much? There are around 395,000 battery electric vehicles on UK roads right now. That’s certainly a lot more than when I first began work on the Leaf, but compared to the 32.7 million total passenger cars on the road, it still barely registers. I have no doubt that’ll change and that in the near future, there will be more EVs than combustion engine vehicles. It’s as inevitable as death and taxes. But to get to that point and for the market to truly mature, we need an informed audience of motorists.

Automotive culture is prominent in the UK. Cars have been a part of popular culture since their advent and feature almost everywhere we look. From James Bond films to Top Gear on TV, we’ve learnt about cars over the years not through a conscious undertaking, but through sheer osmosis. The omnipresence of cars in our lives has meant that even the most inexperienced motorist knows the bare basics about traditional combustion engines. But we aren’t there yet when it comes to EVs. A long way from it.

For non-EV owners, many misconceptions remain and that is undoubtedly hindering the market. Largely those misconceptions focus on practicality, such as range and cost, but also around more technical components, such as how an EV battery is made or the true environmental impact. Consumers can’t be blamed for this. It’s a complex topic and without being given the proper resources to learn and develop their knowledge, they simply won’t be able to.

I believe that arming consumers with knowledge and information is a vital component of the maturity of the market and one that cannot be ignored. It is incumbent on all of us within the industry to help us reach a point of ‘EV enlightenment’ amongst motorists. It won’t happen instantly, but over time we must empower consumers to be confident in the purchasing decisions they are making.

For most of us, besides property, a car is the biggest personal investment we make. But unlike when purchasing a property or taking out a mortgage to do so, there are no checks and balances to ensure we are making a sensible, rational and informed decision. Do you really need a Tesla Model X if you’re just doing the school run? Is a VW ID.3 practical if you’re regularly doing a 300-mile round trip?

Need to sell your car?

During the US automotive boom in the late 50s/60s, Congress introduced the ‘Monroney Sticker’, a label in the window of each new vehicle produced showing the suggested retail price for the vehicle and installed accessories. I believe we need something similar for EVs. A label that discloses the real-world range of the vehicle in urban, highway and multi-terrain conditions, both in hot and cold climates. It’d also disclose the total carbon expended in the production of the vehicle and during its operation – using either sustainable or conventional energy. Finally, it would highlight the local content used in the production. An EV isn’t particularly environmentally friendly if it’s shipped half way round the world or manufactured using a global supply chain reliant on air freight!

Given almost three quarters of Brits have never even been in an electric car, let alone driven one, this kind of information is vital in giving confidence to consumers purchasing a new product for the first time.

I’d encourage all motorists to think about taking a test drive or at least stopping by their local dealership to check out an EV and ask a few questions. By 2030, the only new cars available for purchase will be electric. That is only eight years away. It’s time to get clued up on EVs – we don’t have long.

Aiways U5 electric SUV to launch in UK next year